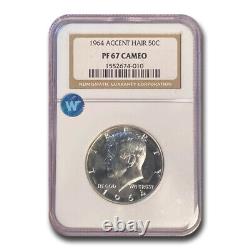 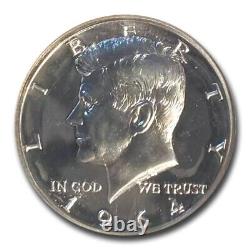 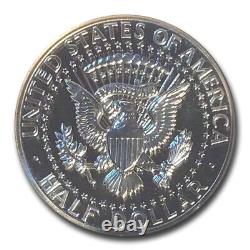 1964 Kennedy Half Dollar PF-67 Cameo NGC - SKU#188739. Photos in this listing may or may not be stock photos. The photos are meant to be an indication of the product you will receive. This coin has a mintage of 3,950,762. Population of 1,520 coins at this grade level with 17,350 graded higher. NGC encapsulation guarantees the coin's PF-67 Cameo condition. Coins from the Philadelphia Mint do not feature a mintmark. Showcase your certified Kennedy Half Dollar by adding a presentation box. Add this Kennedy Half Dollar graded PF-67 Cameo by NGC to your cart today!

1,359 Item as described. Rec'd item, looking forward to doing business with again. This item is in the category "Coins & Paper Money\Coins: US\Half Dollars\Kennedy (1964-Now)". The seller is "apmex" and is located in this country: US.