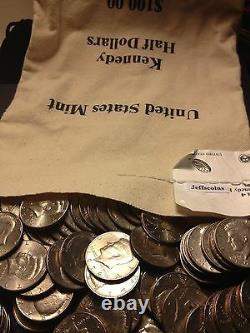 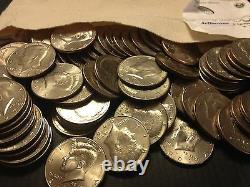 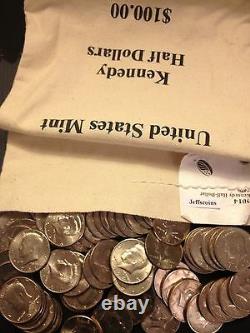 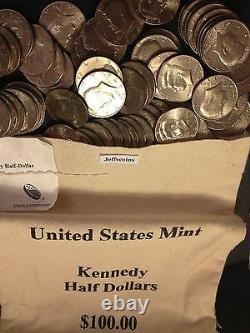 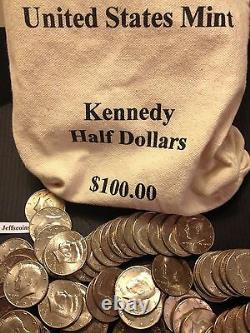 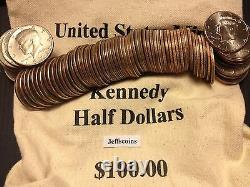 You can see by the edge image of the coins that they are all full reeded edge coins with little wear. People will wonder where you found such a nice mix of all the beautiful old Kennedy half dollars. You will have almost every year possible with more of some. Complete or upgrade collector albums and folders with this extensive selection of coins.

This unique Canvas bag in the picture is for more modern 1/2 dollars, the stitched on tag if present does not apply. The best part is having a complete range of these big old Kennedy half dollars, hand selected to be in great condition, how cool.

These are beautiful and interesting reminders of coins that were too expensive to collect when many of us were kids. Reminds everyone of great memories of old coins the grandparents gave to kids.