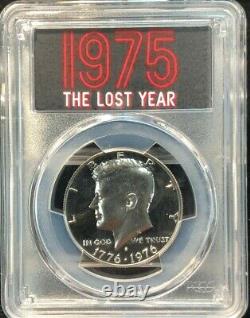 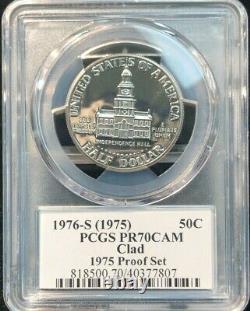 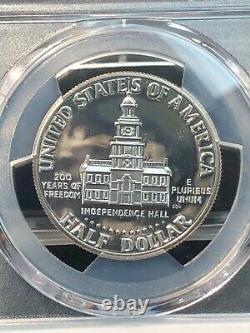 Item for sale is a. 1976 S (1975) Kennedy Half Dollar PCGS PR70CAM Rare "The Lost Year" Label. In preparation for America's 200th Birthday, the U. Mints began producing Bicentennial Quarters, Half Dollars, and Dollars in 1975 that were dated 1976.

Proof versions of these patriotic designs were included in 1975 Proof Sets, leaving collectors confused wondering why they were not dated 1975. These quickly became known as "The Lost Year". This 1975 Proof Cameo Kennedy Half Dollar is graded PF70CAM by PCGS and is in a rare 1975 "The lost year" holder.

With only 2 graded at PCGS this coin is a true rarity in this grade. Check out our store for more Coins & Collectables!

We will respond to you within 24 hours and do our best to help you out! This item is in the category "Coins & Paper Money\Coins: US\Half Dollars\Kennedy (1964-Now)". The seller is "paulblaise_fhc" and is located in this country: US. This item can be shipped to United States.