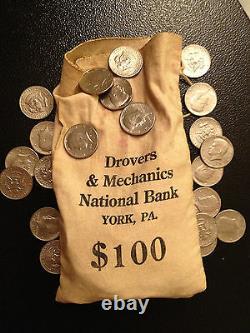 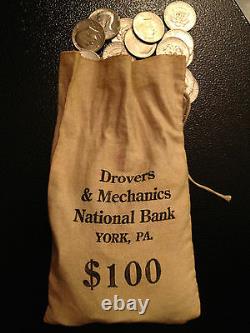 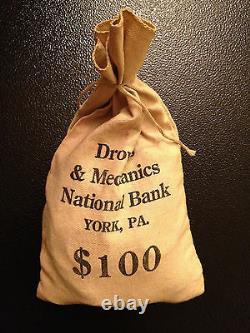 You don't see these in circulation much anymore. Have some to give away, fun conversation starter for young people.

P&D Mints (198 coins) except for the 90% and 40% Silvers (2 coins). You receive the nicely preserved old coins and a used coin bag. Wow what a cool gift for someone, the coins look. Great for 44 to 47 years old and 2 of them are older than that. Give them as little special things to grandkids a few at a time.

We opened the bag and took the pictures so you can see some of the nicely preserved coins. If you wanted to kick this gift idea up a notch add sets we have for all the 70's, 80's, 90's to 2000's bulk sets. These are beautiful and interesting reminders of coins that were too expensive to collect when many of us were kids.

Reminds everyone of great memories of old coins the grandparents gave to kids. Add above page to cart then add our Kennedy Samplers. 1964 2017 P D S Kenn.

Put this listing in your cart, then. See links below to order other new, early release 2018 coins.